As of today a new update of the free Auphonic iOS Recorder is available in the App Store. It includes workflow improvements, some new features and many bug fixes: 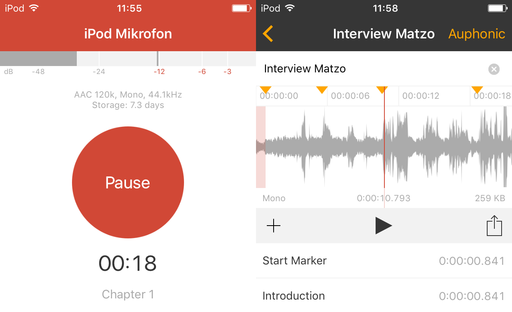 Let us know your Feedback

Please send us your feedback, bug reports or feature requests to ios@auphonic.com.