We just released version 1.4 of the Auphonic Leveler Batch Processor with many new features and fixes, including a new preset system, much faster processing (parallelization), algorithm improvements and more. 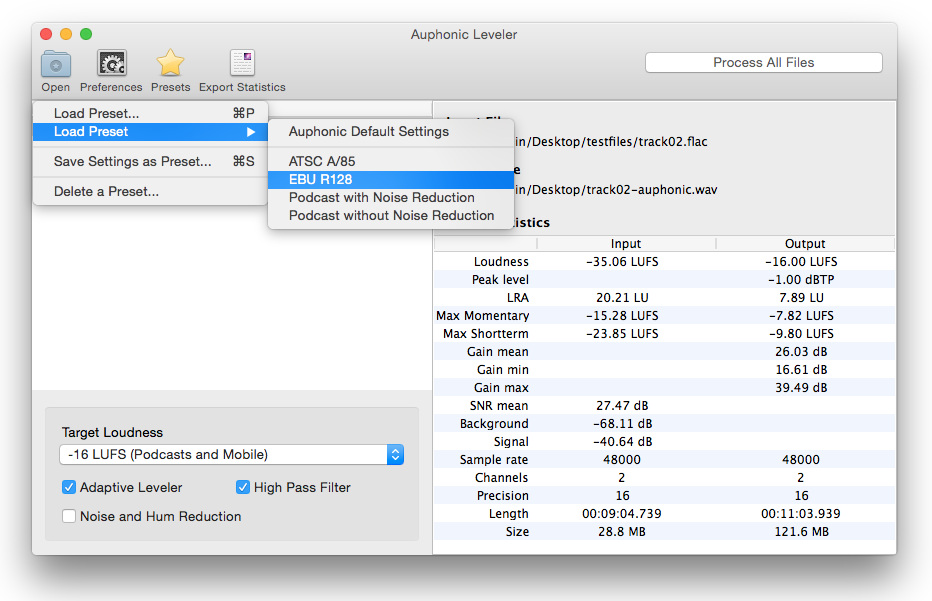 Screenshot of the Auphonic Leveler 1.4 with menu to load, save and delete a preset.

The following new features were added:

Everyone is invited to upgrade to the new version for free.
If you already purchased the Auphonic Leveler or want to try it, then download the latest version here!