In the classic loudness war, music and radio producers have been trying to create their recordings as loud as possible and loudness normalization was introduced to stop that. Now one can see the start of a new loudness target war, where podcasters set their loudness targets higher and higher, mainly triggered by high target recommendations of platforms like Spotify or Amazon Alexa.
In this article, we will show how to resist the loudness target war and still be compliant with major platforms. 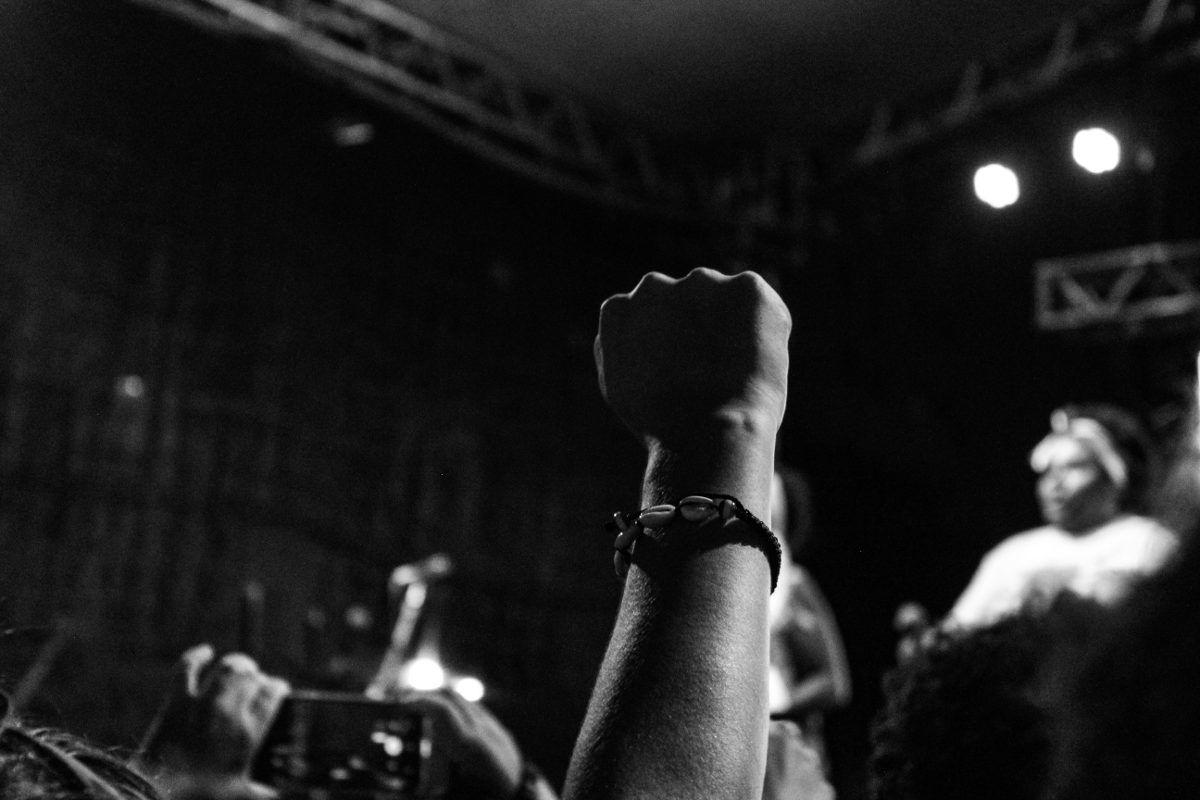 “Two or three years ago it seemed that many stations were finally realizing that better radio could improve ratings. And the major myth brought over from AM radio – that a louder signal, regardless of quality, attracts more listeners – appeared to be losing its strength,” writes Robert Orban. The times of excessively compressed audio, putting loudness over sound quality, were coming to an end. We were hoping the same when we wrote about the CALM Act and EBU R128 in 2012. Those measures were meant to make programs sound more evened out and set a standard for a reasonable loudness level.

Except, Orban's article was published in 1979 (PDF, p. 60 ff.), and he concludes: "The loudness war has escalated, and quality is once again being sacrificed." 40 years later, a new loudness target war is emerging. While, yes, radio and TV stations have widely adopted the new standards, prominent competitors in the audio market are pushing for higher loudness targets once again. 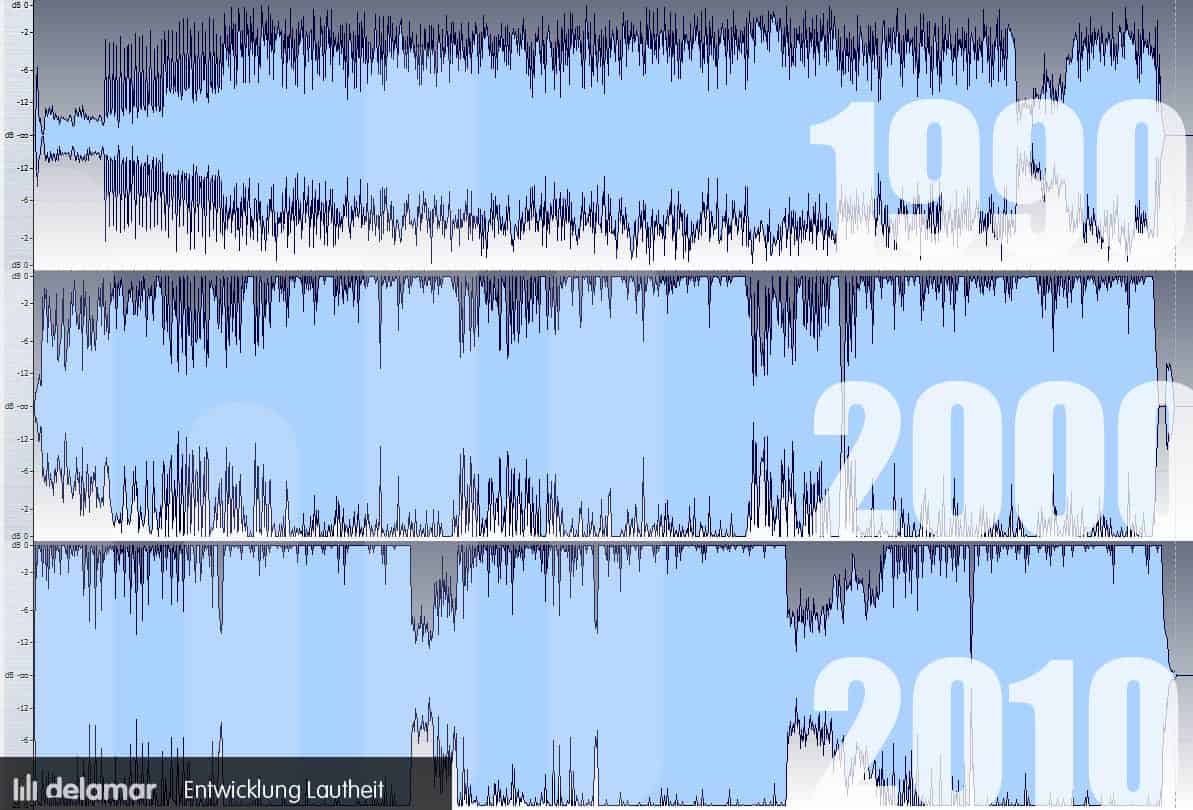 Why LOUDER is not better

Historically, the loudness war has escalated with the advent of digital technology. Peak level normalization and quasi peak program meters (QPPM) encouraged producers to push audio signals to the limit. Just shy of clipping, signals could now be compressed to the highest possible levels, using multiband compressors and limiters. While this lifted quieter signals up, transforming a waveform into a brick, marketers thought that the louder songs on CDs and almost yelling voices on FM radio would attract listeners. On the other hand, reduced dynamics makes audio less interesting and can lead to listener fatigue, as Rip Rowan pointedly illustrated in his 2002 article "Over the Limit":

WHY IS THE LOUDER IS BETTER APPROACH THE WRONG APPROACH? BECAUSE WHEN ALL OF THE SIGNAL IS AT THE MAXIMUM LEVEL, THEN THERE IS NO WAY FOR THE SIGNAL TO HAVE ANY PUNCH. THE WHOLE THING COMES SCREAMING AT YOU LIKE A MESSAGE IN ALL CAPITAL LETTERS. AS WE ALL KNOW, WHEN YOU TYPE IN ALL CAPITAL LETTERS THERE ARE NO CUES TO HELP THE BRAIN MAKE SENSE OF THE SIGNAL, AND THE MIND TIRES QUICKLY OF TRYING TO PROCESS WHAT IS, BASICALLY, WHITE NOISE. LIKEWISE, A SIGNAL THAT JUST PEGS THE METERS CAUSES THE BRAIN TO REACT AS THOUGH IT IS BEING FED WHITE NOISE. WE SIMPLY FILTER IT OUT AND QUIT TRYING TO PROCESS IT.

Hence, many spoken word producers and broadcasters luckily wisened up and committed to new standards, based on loudness normalization instead of peak normalization. LUFS, Loudness Units relative to Full Scale, is a unit that measures an audio track's average loudness. All segments of a program can then be normalized to a certain LUFS value. As we have discussed before, -23 LUFS is standard now for broadcasters of the EBU, which for example has led to advertising segments no longer being much louder than the rest of any particular program. For a short while, it seemed like a peace agreement, or at least a truce had been achieved in the loudness war. 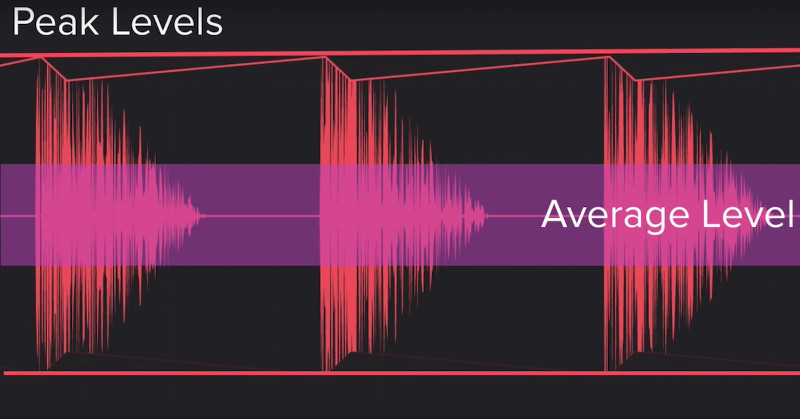 Human loudness perception is based on average levels instead of peak levels. (Screenshot theproaudiofiles.com)

However, while LUFS adoption is increasing across the industry, this doesn't mean that people have stopped trying to be louder than everybody else. And indeed -23 LUFS is not the one-size-fits-all value. We have recommended -16 LUFS for podcasts ourselves. The loudness of a production played in a cinema should be different from one made for earphones and noisy listening environments. Some headphones expect a louder signal and don't have enough gain to work with -23 LUFS under all circumstances.

The closer a production gets to 0 LUFS though, the less dynamic range can be reproduced. However, the dynamic range also depends on the dBTP, the maximum True Peak level, which indicates the level of the highest possible peak value. For instance, the aforementioned EBU R128 standard of -23 LUFS also defines a -1 dBTP. The difference between the LUFS and dBTP levels is called Peak to Loudness Range, PLR. For EBU R128 the PLR would be 22 LU (Loudness Units), a podcast with -16 LUFS and -1 dBTP has a PLR of 15 LU. Thus, the PLR is a measure of the maximum possible dynamic range of an audio production.

Our already pretty high recommendation of -16 LUFS, -1 dBTP for mobile listening was also adopted by Apple's best practices for podcasts and recommendations for Google Assistant. Some are pushing it too far, though. A daily updated analysis by podnews shows that many podcasts are much louder than -16 LUFS.

Distribution of loudness across a selection of podcasts. (Screenshot podnews.net)

This might in part be due to specs published by other competitors in the audio space:

Amazon, for instance, recommends -14 LUFS at -2 dBTP for Alexa skills, meaning a PLR of only 12 LU. While this might work for Alexa's synthesized voice, which doesn't have much variability, it produces a dynamic range too low for spoken word content.
However, Amazon also says that a skill may be rejected if the program loudness is lower -19 LUFS or higher -9 LUFS, therefore a target of -16 LUFS is perfectly fine, which means that Alexa's robot voice leads by 2 LU compared to the audio content.

Spotify normalizes audio to the equivalent of about -14 LUFS, -1 dbTP, but they still use ReplayGain, which is not exactly the same as LUFS but gives similar results. Spotify mainly decreases the volume of overly loud productions, but can also increase the volume on some playback devices if the audio is much too soft.
For pop music, -14 LUFS is acceptable, but for podcasts or classical music, it is too high. However, (pop) music can always be played a bit louder compared to speech, therefore a loudness target of -16 LUFS for podcasts is fine on Spotify as well.

If producers just use the highest recommended target and therefore the loudness (target) war goes into another battle, we will hear more compressed, distorted voices once again, lacking emotion and many subtleties that are reflected in the dynamic range of how we speak.

Setting a loudness target higher than -16 LUFS does not improve the listening experience in any way. However, many productions would benefit from sensitively adjusting differences in dynamics throughout the production, lifting up quieter segments, lowering loud segments, and treating speech and music differently. As pointed out in a presentation recently (video, in German), you can do that directly in your DAW or use a leveler to automate dynamics processing.

Instead of just raising the loudness target, adjusting differences in levels can help to make the listening experience much more enjoyable.

Recent album releases suggest that the music industry is still in the middle of the loudness war, often limiting the peak to loudness range to single digit LU values. (By the way, your vinyl-buying friend is right, vinyl records do sound better because they don't work with the highest compression rates.) Hopefully, podcasters, radio producers and other spoken word artists, as well as the platforms that host and publish their productions, can resist the temptation of louder and louder audio.
Make (no more than -16) LUFS, not war!

With some podcasts, smart speakers and streaming platforms trying to be louder than the competition, the listening experience deteriorates. However, podcasts can sound great and loud enough even in noisy environments, when well produced: